Behind The Music: Niraj Shakya, Night 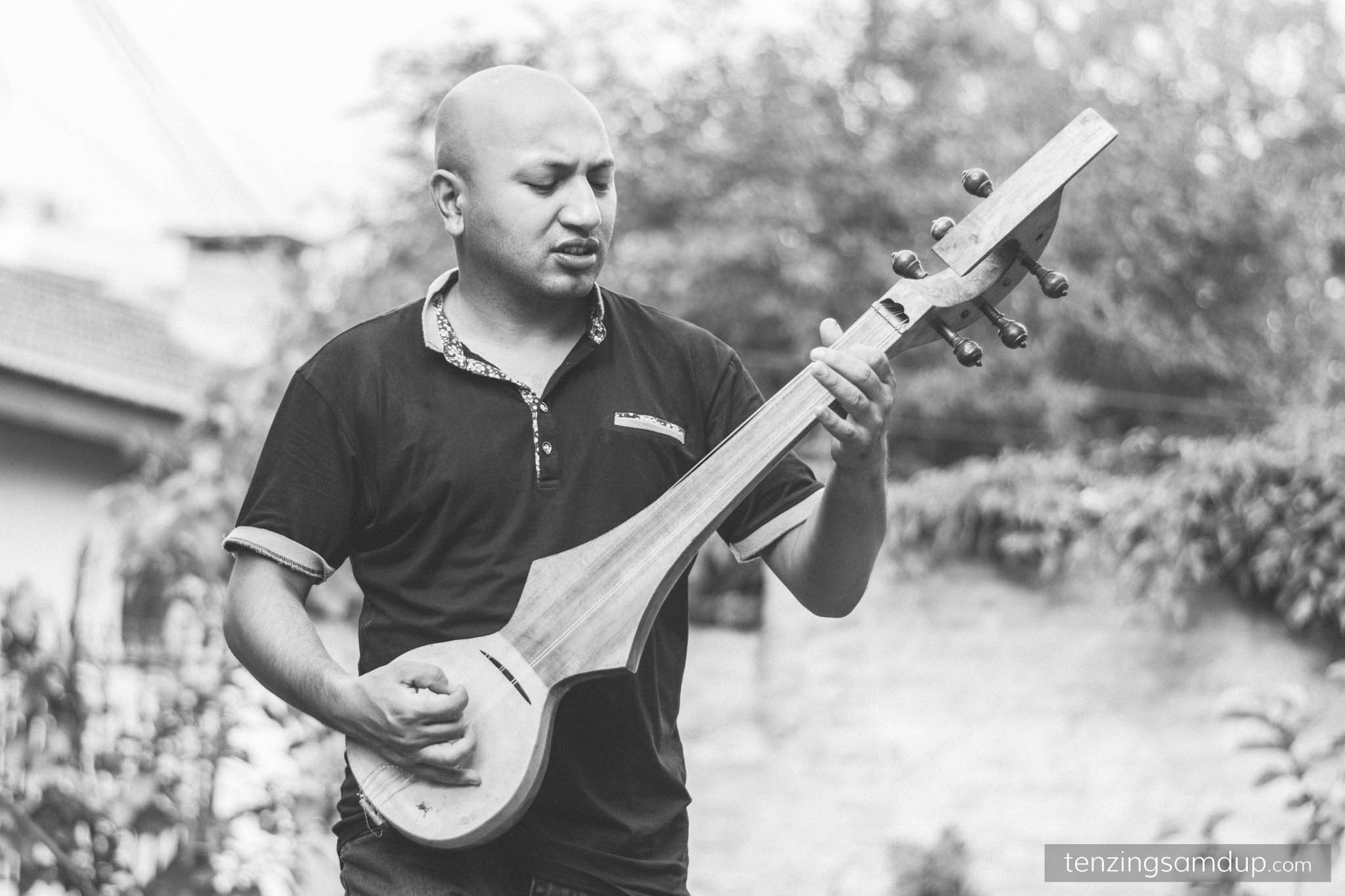 More prominently known as the keyboardist of the black metal band Antim Grahan, Niraj Shakya is also a core member and co-founder of the new age folk music band, Night. When he isn’t watching the Lord Of The Rings movies in his free time the 30 year old balances his music with his day job as the OPD Manager at Norvic International Hospital. 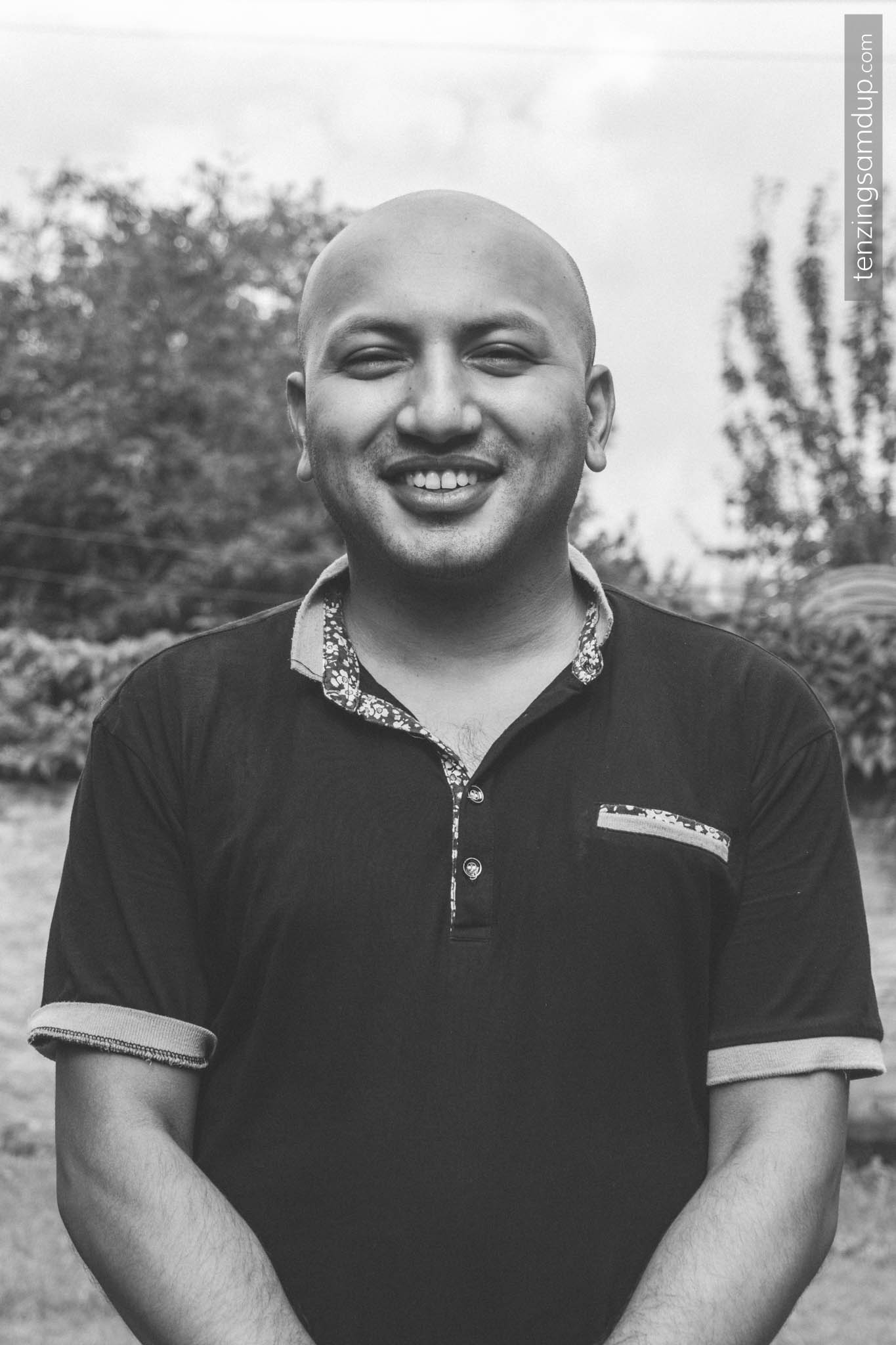 My interest in music first started when my mom bought me a small Casio keyboard when I was in the 4th grade. I loved playing with it and I learned to play Happy Birthday and London Bridge on it.

After finishing the 12th grade I started taking guitar classes. I also took a few keyboard classes at NMC (Nepal Music Center) under Sharad Gurung, a senior musician who is also the son of Amber Gurung, the composer of the current national anthem.

How did you go from metal to folk music and join Night?

When Antim Grahan decided to have a break for some time, I was free and I decided to play with other bands. That was when Ranav (a former band member of Night) called me and asked me to join a progressive metal band called Beyond.

Beyond soon evolved and took a different musical direction. At one point we decided to change the name of band since it didn’t feel like the same band anymore. Jason suggested the name Night and the band was formed! As of now Jason and I are the only original members still playing with the band. I also still play with Antim Grahan.

You have transformed a lot as a musician from a keyboardist to a musician who can play various traditional Nepali instruments such as the Arabajo, Tungna and Murchunga. Could you please tell us about this change and your experience with your new roles? What inspired you to play these instruments?

I have always been fond of music since I was a child and as I grew older I was interested in playing different musical instruments. As a musician there has always been a willingness in me to grow and try different things and explore as much as I can.

While playing with Night I found an opportunity to recognize different instruments, and with the support and guidance of my band members, I was able to play these instruments. Nonetheless I still feel that I am in the learning phase and am willing try new things even now. 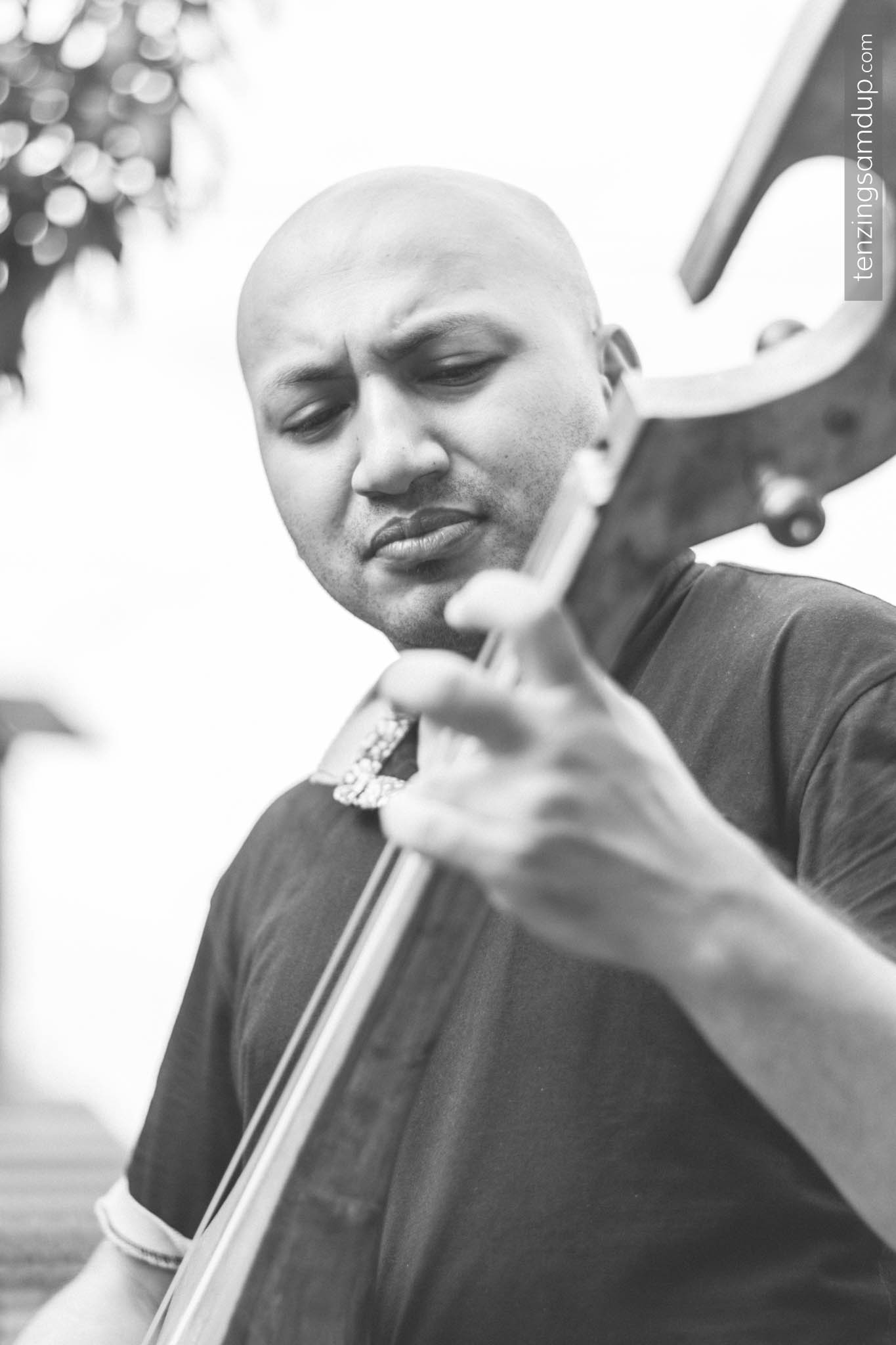 I am proud to be a musician because I can play my music from the bottom of my heart. It allows me to express all of my feelings, be it happiness, sadness or frustration. I feel that it helps me balance my mind and keeps me happy.

What is the best part of being part of Night?

It’s a bit hard to explain actually. Let’s just say that all of us at Night have a strong chemistry with each other. We are more like a family than a band and we keep each other going.

We also have very awesome fans who give us a lot of love and feedback.

Have you had any funny encounters with your fans?

Yes! One time I was walking around Pulchowk with a friend and we came across three or four girls wearing St Mary’s School uniforms. They didn’t pay us any notice but just after we passed them they shouted “Antim Grahan!” a couple of times.

I got so nervous that I escaped in a micro bus!

Another time I was walking around Thamel in a very bad mood. Suddenly I heard Forever Winter (Antim Grahan) playing from the mobile of the kids in front of me and I lost all my anger.

These are just some of the funny encounters I’ve had.

Apart from funny encounters sometimes we as a band have also been very moved by the kind gestures of our fans. One time we (Night) were performing a free concert at the Bijeswari Temple. We were managing the gig ourselves but it was difficult to manage the stage. Seeing this some people came and helped us to carry the instruments while others helped arrange up the tables and chairs at the venue. This is just one of the incidents that I will always treasure. 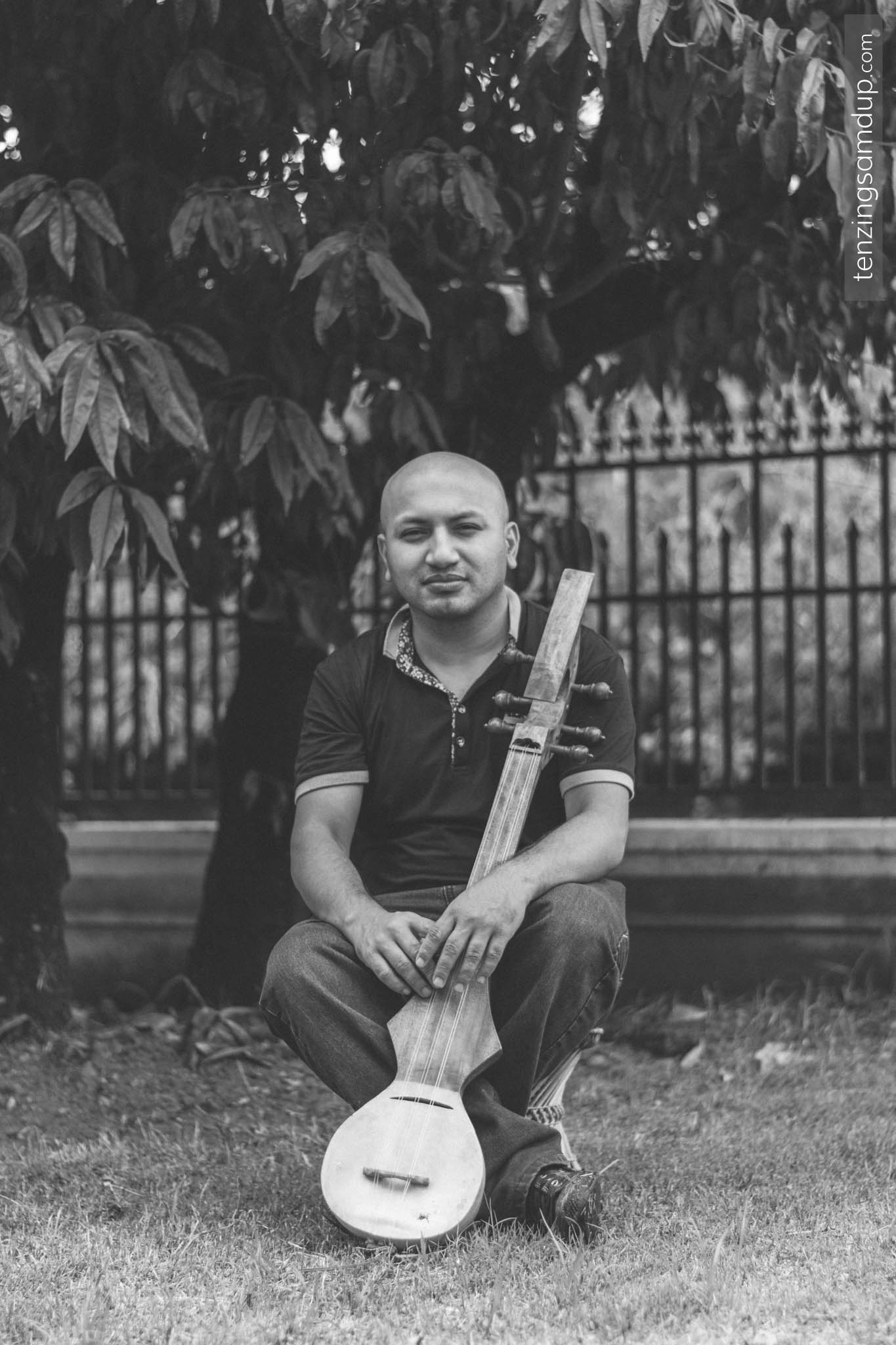 Honestly it’s hard to be a musician in Nepal. Firstly musical instruments are expensive, and when you’re just starting out you won’t know where to buy them or how to buy them. It can also be hard to find a proper place to learn how to play music.

Being in a band is also not very easy since everyone is different and has their own opinions and mindset. If you don’t have good chemistry with them it can be hard to make sure that we’re all on the right track.

The other problem is our society – Nepalese society pretty much looks down on musicians and people don’t think highly of our choice of profession.

Money is another major concern – sometimes we don’t even have enough money to buy a guitar string!

Like I said, it’s tough to be a musician in Nepal, but fortunately I have great bandmates, good friends, amazing fans and a family that supports me fully.

My day job takes eight hours of my day and I play music in the remaining time. I go to practice three times a week for two hours. I also compose music for local movies with Jason when I can.

Apart from your fame as a musician you are also very popular for your sense of humor and happy-go-lucky personality. Are you always like this?

Well, thanks for the compliments. Actually I never force myself to be like this, it’s just how I am. I feel that is important to always be positive and that’s why I am happy most of the time.

What do you do when you make a mistake during a live performance?

I do make mistakes like all musicians but the trick is to improvise and just go along with the music. If you have a great band (like me) then they will help you cover up any mistakes and you will soon get back into the correct flow.

What is the best advice you can give to young musicians?

I think it is important that you learn to play from the heart and not just your brain. What I mean by this is that you should feel the music that you are playing and let it move you as well.

Another thing that young musicians should do is to take all feedback, whether it is negative and positive, and use it to make you and your music better. Don’t ever get angry at negative feedback.

Is there anything you would like to say to the fans of Night know?

I just have to say two things to our amazing fans: thank you all for supporting us and being patient with us till now, and thank you for the waiting for the album which is taking longer than expected.

The interview with Paras Mani Subedi will be up next week so follow me on Facebook for the latest updates.