Originally from Tanahun, Paras Mani Subedi has already accomplished much. Already nicknamed madaleat an early age for his skills at playing the madal back in his village, he soon came to Kathmandu and now holds a graduate degree in Music, a Masters in Sociology and is currently pursuing a Masters in Music all while juggling his musical career.

When and why did you start playing music?

My father used to play bhajans on different instruments like the harmonium and madal and we had a lot of instruments at home. I was curious about them so I used to play with them and try to follow my father’s playing. I also picked up the flute and often played it while working as a sheepherder. I am also from Tanahun which itself is already well known for its folk music.

When I was 12 years old our family moved to Nawalparasi where I was enrolled at Saraswoti Higher Secondary School. Previously I used to play for fun but here I was able to enter regional musical competitions. From my school I was selected to play the madal, harmonium and flute and we always got the 1st or 2nd prize.

By this time I was able to play 14 tals (different beats and variations) on the madal and I was nicknamed madale.

Could you tell us more about your academic achievements?

I was still studying in the 11 grade when I decided to quit school and study music. I came to Kathmandu on my own with the blessings of my family and joined an Intermediate in Music program at Lalit Kala Campus, Bhotahity. There were very few options and you could only pick the sitar or vocals so I ended up graduating with a degree in sitar (I wasn’t interested in singing). At the time I supported myself financially by working at a Dohoro-Sanjh. I was also taking extra tabla classes from Maestro Rabin Lal Shrestha.

Following this I joined the NMC (Nepal Music Center) to learn two more instruments – the djembe and the tabla – on full scholarship. There were also no Masters programs available at the time so I joined a Masters in Sociology program at RatnaRajya Campus. Around this time in 2008 I was selected to participate in Ethno 2008, a music festival and interaction program held in Sweden every year.

I was also able to complete a 5-year course in tabla from the Prayag Sangeet Samiti, Illahabad, India. Currently I am doing my Masters in Music (Sitar) from TU (Tribhuvan University).

So which instruments can you play now professionally?

Right now I am able to play the tabla, madal, dhimay, djembe, sitar, khaijadi and cajoun (beat box) well enough for a performance.

Nonetheless the madal is still my favourite instrument because it was the first one I picked up and I feel that I can play it from my heart. It is also the instrument that I know the most and I feel very confident when playing it.

What do you enjoy about being a musician?

Well I have been playing music since I was young to audiences so I have happy memories of being applauded and appreciated for my musical skills. Being able to play in front of a live audience is also great because we can talk to our fans right after and they usually have kind words for us.

I also enjoy the free lifestyle since we don’t have a 9 to 5 job. I do get busy sometimes with concerts and practice and trips to concerts outside Kathmandu but I find it fun.

So when and how did you join Night?

It was around 2006 when I was studying at NMC when someone asked me if I wanted to join a band. At the time I had not worked with any bands formally (only informally shows with friends) but I had heard of the name so I decided to give it a try. Night itself had just started and we used to practice at Jason’s (Kunwar) house all the time.

Coming from a folk music background the experimental aspect of Night’s music (a mixture of folk, Western and even techno) was a bit difficult to get used to at first but I enjoyed it and have been a member ever since!

I think that our music is different from other bands and our fans understand this and see us differently. This uniqueness of ours is something that I think will keep us going.

As a band we are also deeply involved in social causes. For example we just conducted a workshop on endangered Nepali instruments at Srijanalya and CAMON (Children’s Art Museum of Nepal) with the aim of making today’s children aware of the importance of Nepalese traditional art and music. 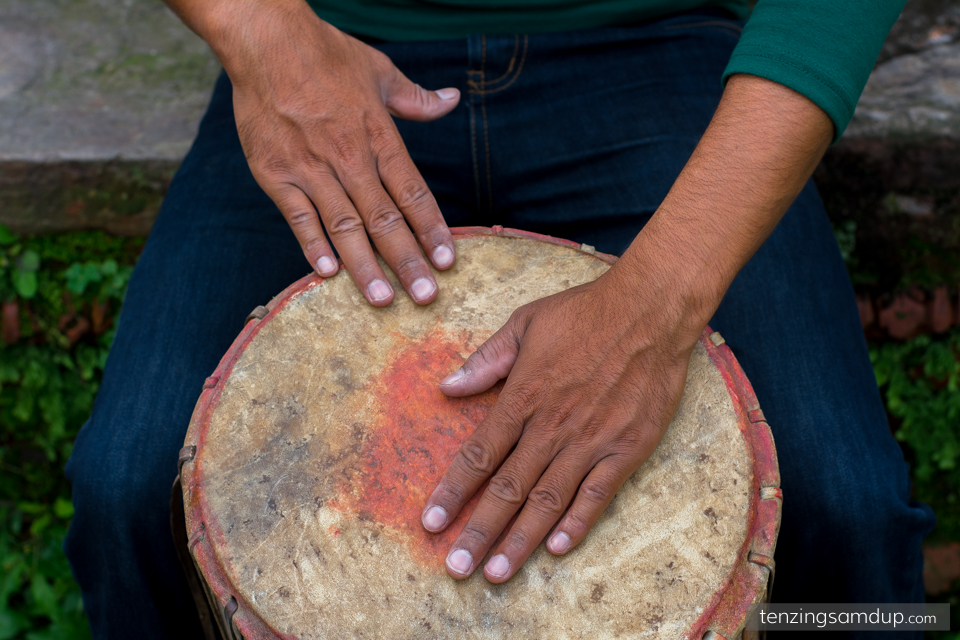 The dhimay solo in “Tuina ko chha hai bhara” added a phenomenal feeling to the song. Could you tell us how it was composed?

Actually I was asked to play solo pieces during our performances but I used to feel intimidated all the time. Our songs may sound simple but there are lots of polyrhythms and odd time signatures and I have struggled with these.

But when composing Tuina I took it as a challenge and with the help of Jason I finally accomplished what was needed. We actually ended up composing it on the spot just before recording and I feel much more confident about playing solos now. The piece itself is not a “real” Newari style but my personal interpretation.

What is your experience working with many different bands?

While it has been a bit challenging adapting to the different styles of each band I feel that it has made me a better musician and now I can fit anywhere and play with any band. 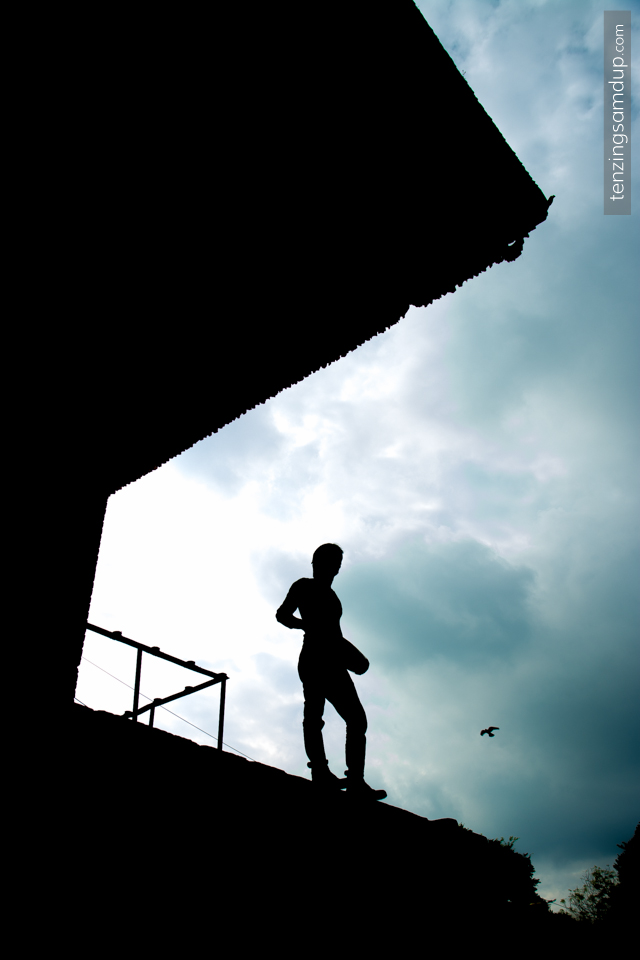 What would you have become if you did not become a musician?

While I have always wanted to be a musician I think that I may have liked to become a teacher if that was not possible. When I was in the 6th grade I used to help out the younger kids in lower grade and I felt that our school’s way of teaching was not very effective. I think that teaching should be more practical and less theoretical in order for students to learn. If I had become a teacher I would have liked to teach in this manner.

What are some of the struggles you have faced on your journey?

Many people have issues with their family but mine have supported me the whole way emotionally. But when I go back to visit my home in Tanahun they do encourage me to take up an office job so that I can earn a stable living. Many of my old classmates have also switched to business but I have not thought twice about my choice of profession.

There are also some people back home who ask me what I’m doing and when I will succeed but once in a while they do see me on TV and that keeps them satisfied.

On the financial side I have been working while studying even before I came to Kathmandu so I take it as my own responsibility to provide for myself.

Honestly it can be difficult to survive as a musician but we have much more opportunities now.

Was it harder to make a living before?

Yes, before music was not as commercialised as today, and there were no studios, very few bands and concerts. We didn’t have malls or restaurants didn’t have live shows.

Right now musicians have a lot more opportunities to make a decent living and hopefully this will get better for all of us.

I have to confess that I find it hard to manage my time but I cannot support myself if I don’t teach or work in different bands. Currently I have been able to fulfil all of my obligations but I would still like to have a little free time now and then.

Do you feel that academics is important to musicians?

I think that most people take music as a hobby because they don’t see it as a valid profession. I personally feel that musicians should study music as well as other subjects which will help them to become better musicians. For example, I chose to study Sociology because it is the study of society which I think Night’s music can relate to.

Along with a formal education I also feel that it is important to keep up with current news and we should all be aware of what is happening in our country.

The interview with Birat Basnet will be up next week so follow me on Facebook for the latest updates.