Behind The Music: Sumnima Singh, Night 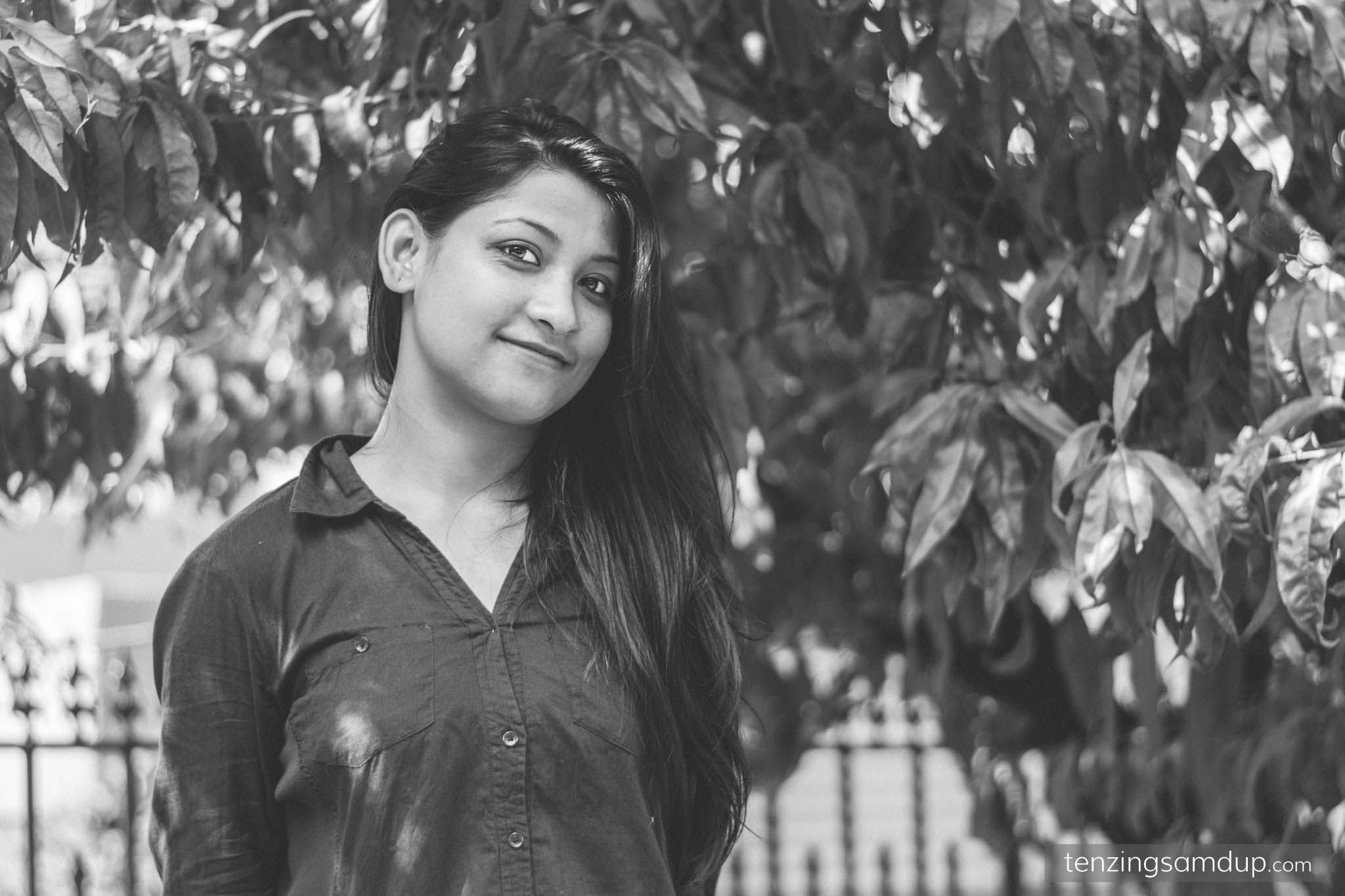 Sumnima “Mina” Singh is the 23 year old female vocalist behind the band Night. Originally from Beni Bazaar, she now lives in Maitidevi with her younger brother. The soft-spoken and gentle singer has an extensive background in singing and recently sang for movies such as Jhola and Chadke. 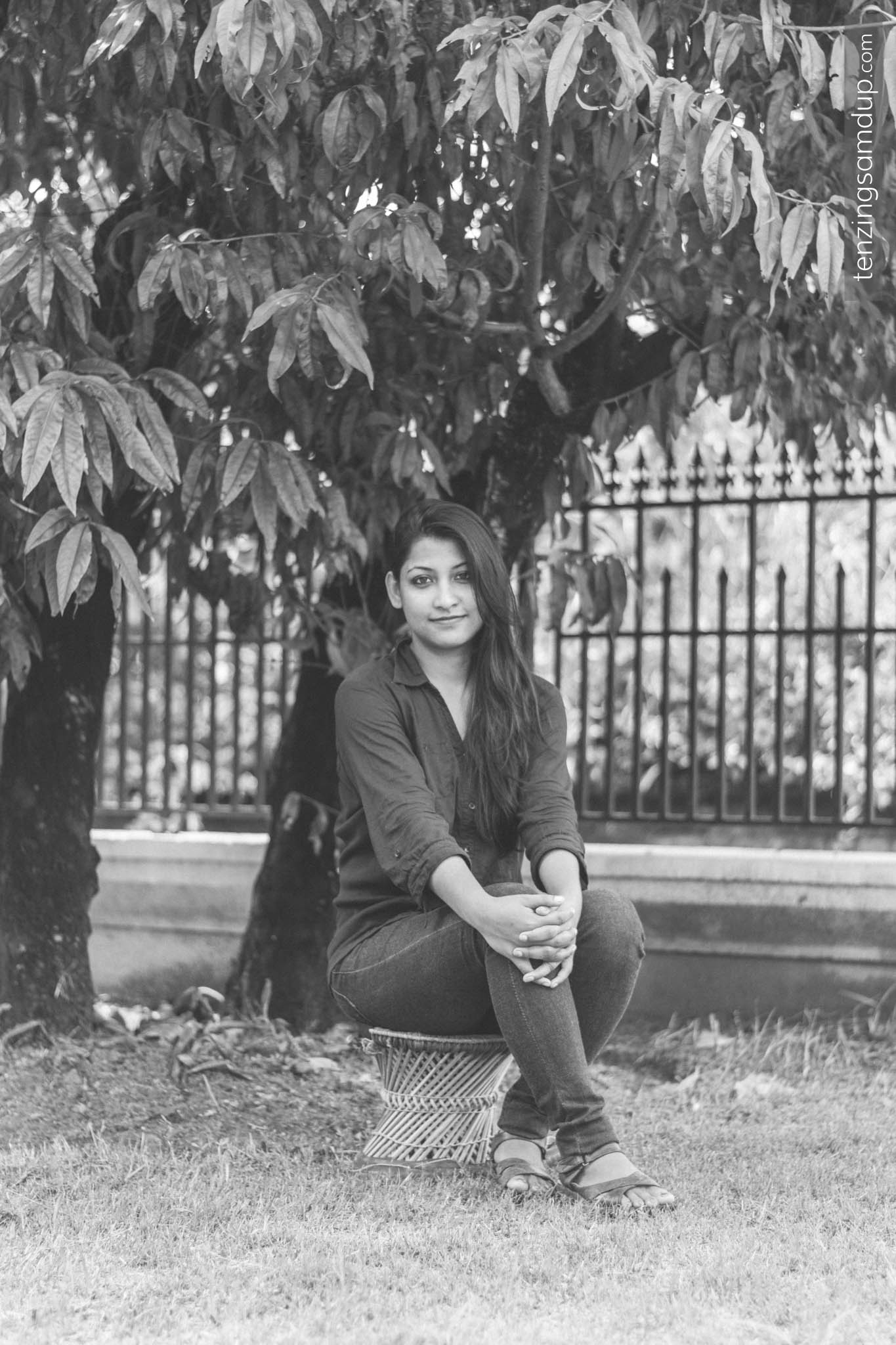 When and why did you start singing?

I have enjoyed singing since I was a child and I used to sing while I was working, playing or in the even in the bathroom. When I was around 13 years old I felt that I could sing properly thanks to feedback from my friends and family. I then came to Kathmandu when I was 16 years old in order to become a professional singer.

While many people may struggle to get their first job, I was very lucky since my uncle was able to help me get an opportunity the same day (and with Music Director Laxman Shesh, no less!). By the second day I had three jobs lined up where I sang one song each for two movies and one TV serial. I don’t remember the name of the TV serial but the movie was called Nepali Bir.

Where did you go to develop your singing abilities?

Following my arrival in Kathmandu I started training under Sangita Rana Pradhan, Senior Classical Vocalist at the Sadach Kalakendra. I also practiced my singing under Pradeep Bomjan, Senior Musician at Madhuri ma Nepal. 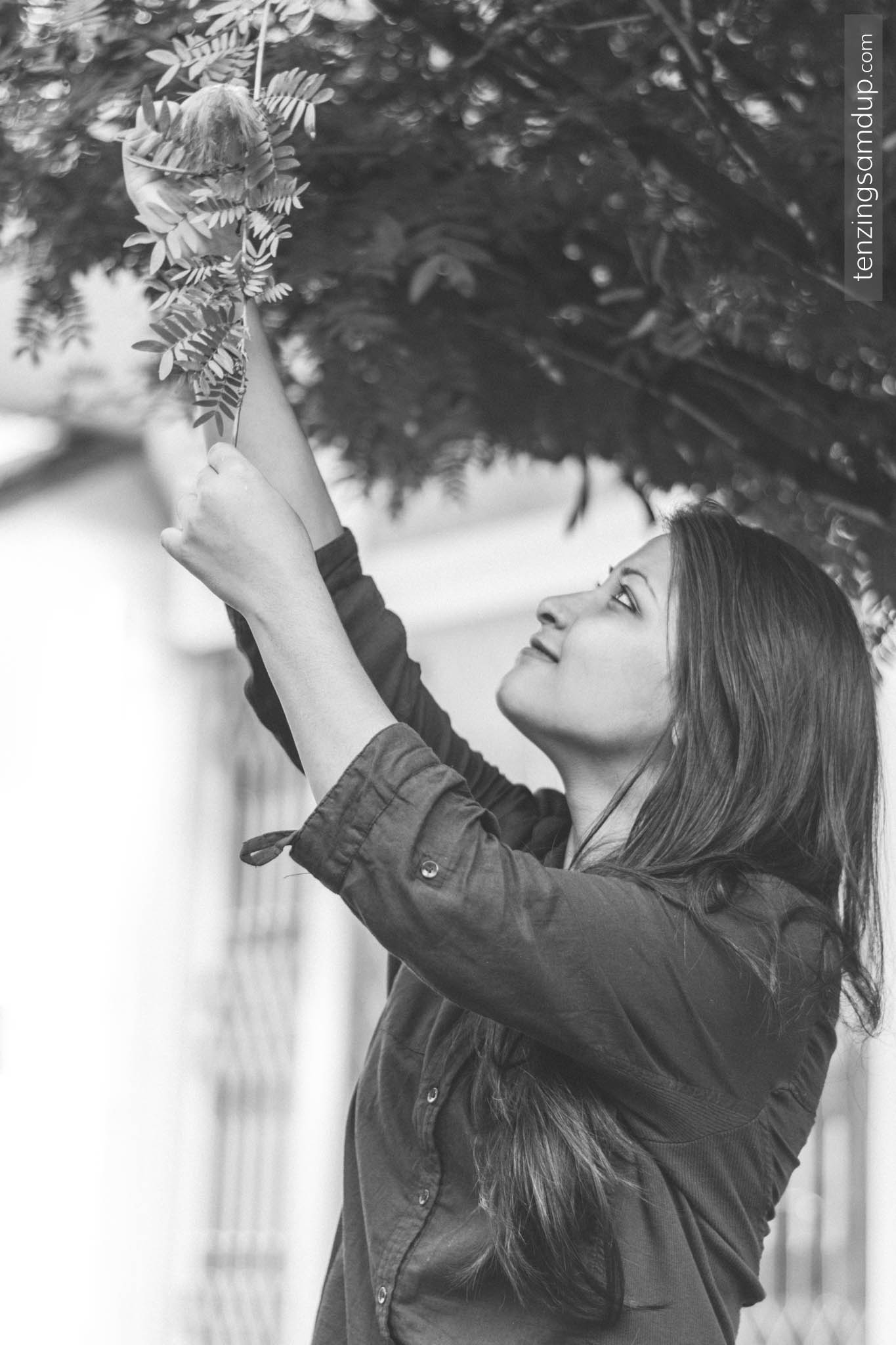 How did you join Night?
What happened was that Niraj and Jason had gone to visit Sangita Rana Pradhan with their songs to look for a vocalist. She liked the music and recommended me to them but I was not ready because I had the impression that band people smoked, bullied women and had other bad habits. Generally I believed that female band members would be mistreated. I spoke with my teacher and she said that I should decline the offer if I didn’t like it but that I should at least give it a try.

As you can see I was very nervous at the thought of joining the band!

I finally decided to listen to their music first and I really liked it. Following this I went for an audition in our old practice room at Kamladi where I was asked to sing a song – Suskera Haru. The song was very different to what I was singing till now because the patterns and pronunciation is very typical Nepali. However I managed to do it well and the guys liked it and I was part of Night!

I went for practice for about two weeks but found it very difficult to manage my time since I was looking after my brother and eventually I had to quit the band. Fortunately after about a month or so a friend came to stay with me and my brother. She was willing to help around the house and so I was able join Night again!

I think that all of Night’s songs are different but they all have a positive feeling to them. I feel our music and lyrics make people happy and that makes me happy to sing them too.

The band is also great and we are more like a family than just a band. Everyone is understanding and patient with each other (and especially me!), and we are always ready to help each other outside of the band’s work. 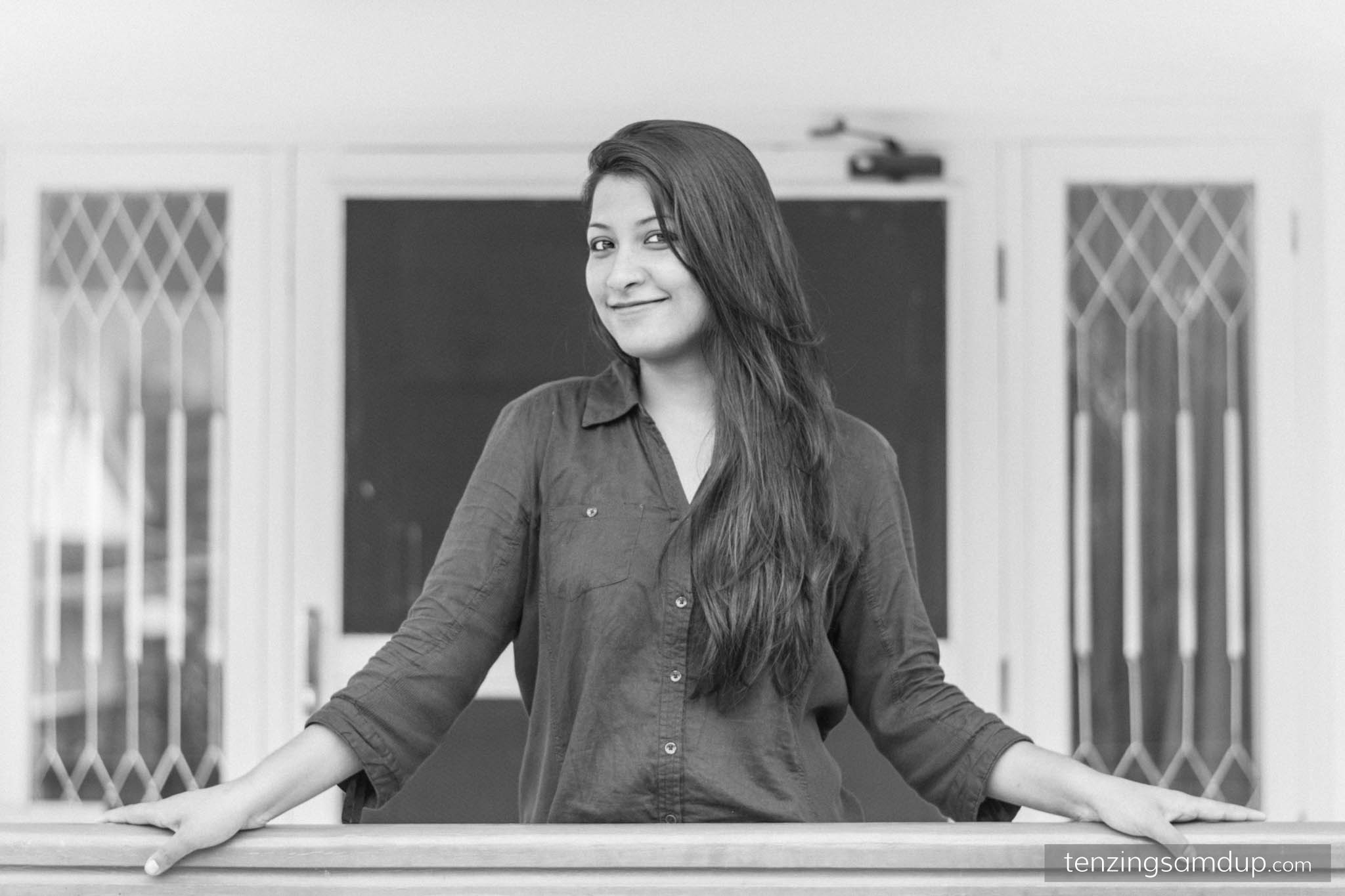 What are some of the struggles you have faced as a female singer?

When I first came to Kathmandu to become a professional singer I was all alone. My family did not oppose me but they did not support me either. Fortunately I had my uncle to help me at the time.

When I entered the industry I was unhappy to find out that people treated me differently because I was female. There were also people who tried to misbehave with me or intentionally stopped me from getting a job since I did not agree to compromise on my morals.

It was only after I had been able to get more jobs and know more people that it got a bit easier for me. Having said that, it is still a struggle at times but I am positive that things will change for the better for all of us.

Have you had any funny incidents with fans?

This was after Chadke had been released (Night did the soundtrack and was featured in a short scene): I was walking to my sister’s house at Dillibazar when I realised that everyone was staring at me. I was very worried that maybe something was on my face or that my mascara was running.

It was then that a girl came up to speak to me and said that she had seen me in the movie and liked our songs (we are Facebook friends now!).

The feedback was very positive and encouraging to me, however now whenever I walk in that area there are some guys who start singing Ek Ekan Dui (a song from the movie). It is a bit embarrassing but I still feel happy that we have fans. 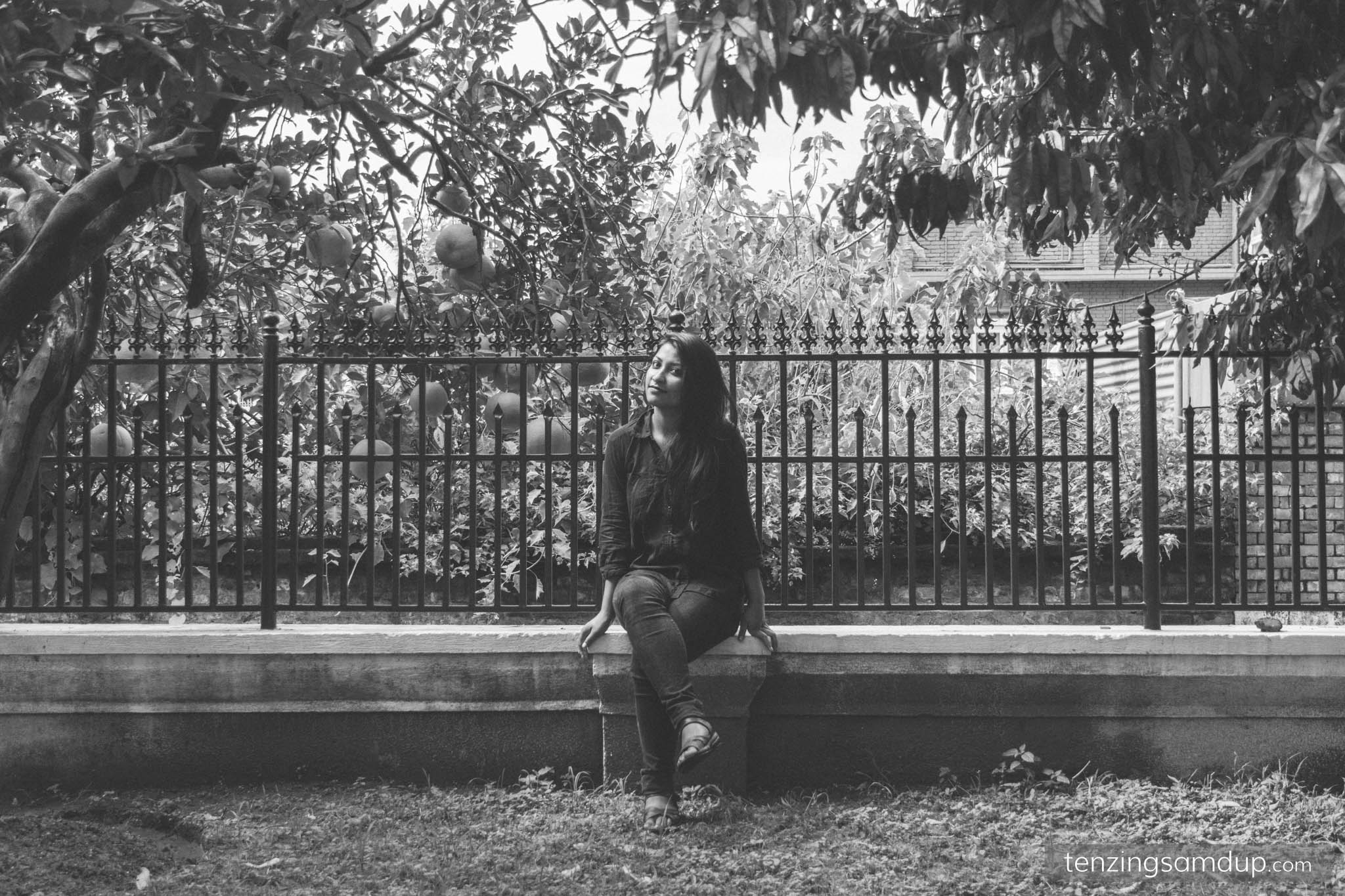 The interview with Niraj Shakya will be up next week so follow me on Facebook for the latest updates.